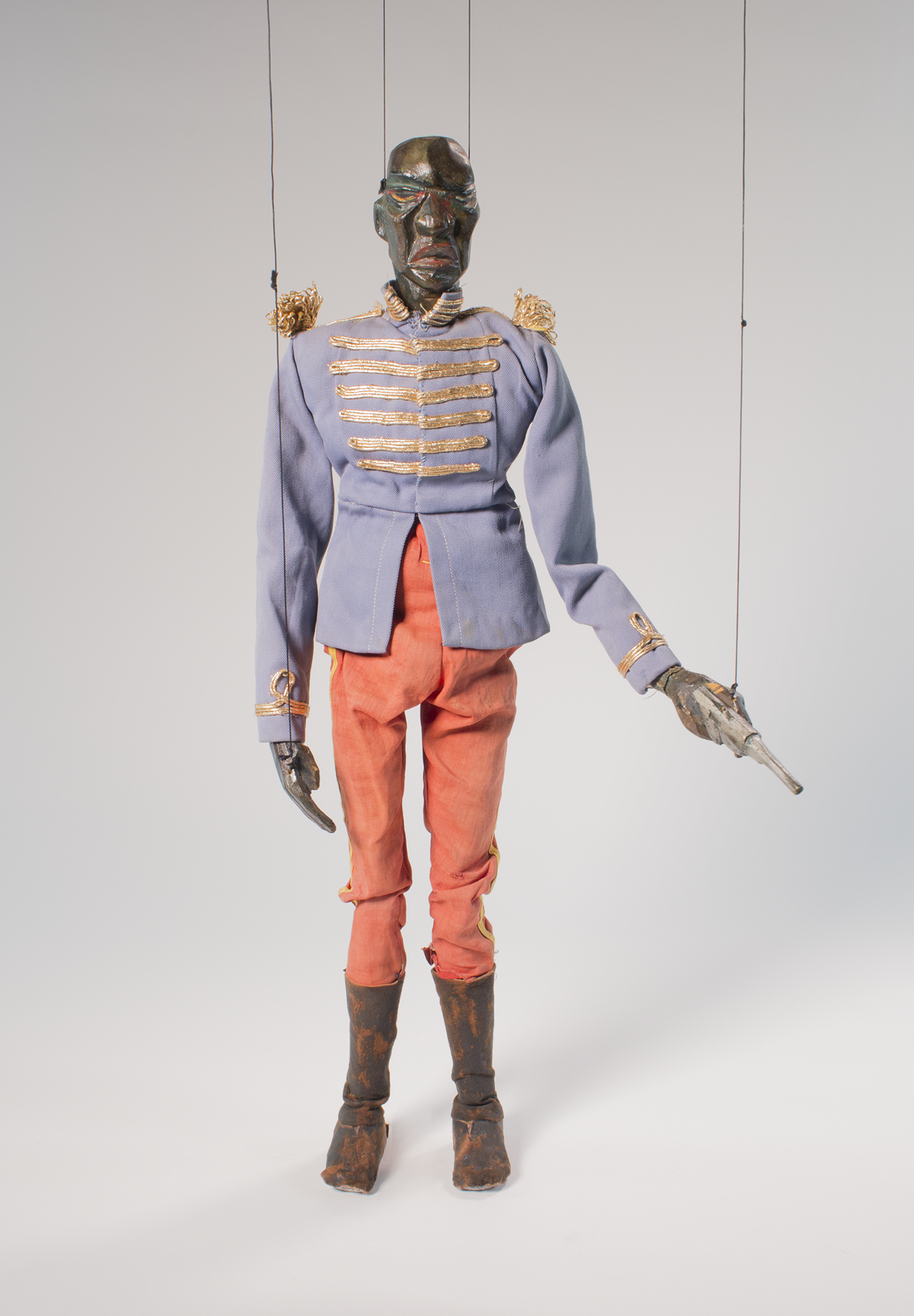 
Because of the intense discrimination he experienced as a child in New Orleans, Ralph Chessé suppressed his Creole heritage and African American roots, which his family discovered only in the late 1960s. However, black subject matter was central to Chessé’s paintings, and must have been part of the reason he chose to make Eugene O’Neill’s 1920 hit play The Emperor Jones one of his first marionette productions. Brutus Jones, the hero of O’Neill’s expressionist Freudian drama, is an African American Pullman porter who becomes “emperor” of a West Indian island, but is forced to flee both his rebellious subjects and his repressed memories of racism in the U.S. as he races through the jungle. In the play’s penultimate scene, Jones is confronted by the Witch Doctor, who represents the spiritual power of Jones’ African roots, and demands that Jones offer himself for sacrifice. In the final scene, Jones is shot dead with a silver bullet by the rebels. Chessé remounted his original 1923 production for the Federal Theatre Project California unit in 1937.