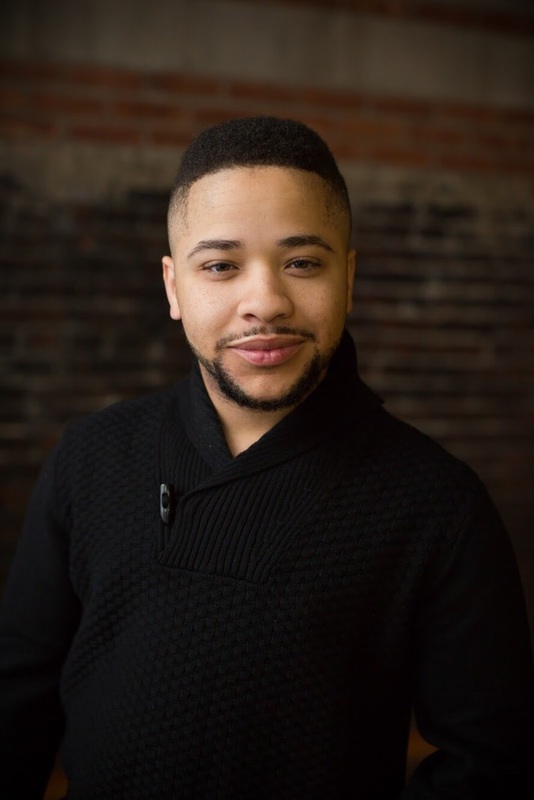 
Cedwan Hooks is a puppeteer, puppet builder, and costume character fabricator. Cedwan got his start in Kansas City, MO as an intern with Paul Mesner Puppets and as a character performer with Hiccup Productions. He has since earned a Blue Star Award for Outstanding Technical Achievement for Puppet Design and Creation from Starlight Theater in Kansas City, been a two-time recipient of the Mike and Francis Oznowicz Youth Scholarship for the National Puppetry Festival, and has been featured on FOX 4 News as a Reaching 4 Excellence Young Achiever. More recently, he spent a year and a half in Macau, China as a Puppetry Designer and Character Performer with the DreamWorks Experience at Sands Cotai Central. Cedwan now works freelance and is based in Atlanta, Georgia. Characters he builds and performs appear in advertisements, live shows, and television.

Artist statement
I see myself working with as many different forms of puppetry as possible. I draw inspiration from animated movies and the puppetry I watched as a child in shows like Barney and Friends, Sesame Street, Gullah Gullah Island and The Puzzle Place. New works of theater that my peers develop are a good inspiration for content as well. I consider anything made by an African American puppeteer or puppet builder as African American puppetry. How did you learn your craft?
Originally I was mostly self-taught. Then, I had an internship with Paul Mesner Puppets in Kansas City (my hometown). Right after high school, I moved to Macau, China to work at the DreamWorks Experience. There, I apprenticed under a prop maker where I learned most of my fabrication skills.
Name
Cedwan Hooks Location
Snellville, GA Date of birth
1994 Years active in puppetry
2003-present (15) Types of puppets performed and built
Hand puppets; rod puppets; hand-and-rod puppets; giant puppets; body puppets; mascots; masks; animatronics Representative productions
Dinosaur Explore in Stone Mountain Park (2018); Nature Calls (2016) Website
www.cedwan.com Facebook
Cedwan Hooks - Character Designer & Fabricator
VIEW EXHIBITION OBJECTS