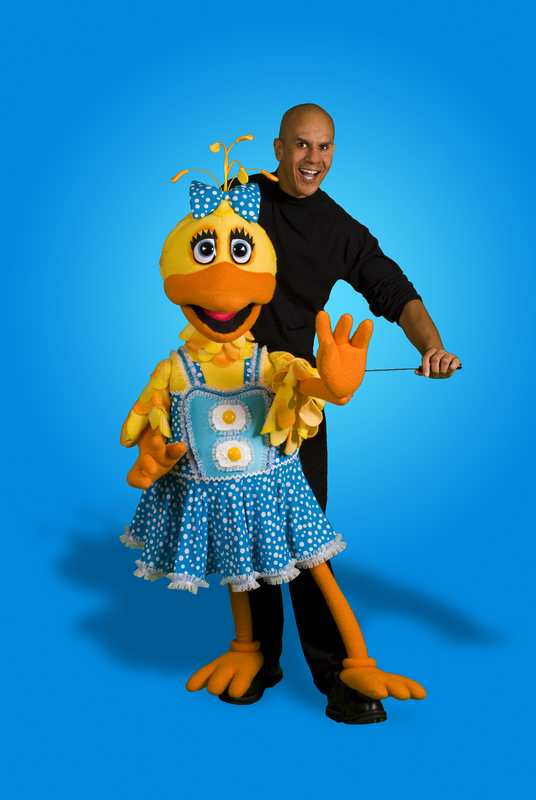 
The Pumpernickel Puppets are the creation of John McDonough of Worcester, Massachusetts. John was four years old when he saw his first puppet show, and he immediately knew that he wanted to be a puppeteer. By his teens, John was presenting shows all over the New England area. The Pumpernickel Puppets have had the honor of appearing at the Puppet Showplace Theatre; the Boston Children’s Museum; the Institute of Professional Puppetry Arts at the Eugene O’Neill Theatre Center; the Smithsonian Institution in Washington, D.C.; the Cultural Olympiad at the Center For Puppetry Arts in Atlanta, Georgia; and the prestigious International Festival of Puppet Theatre sponsored by the Jim Henson Foundation at the Joseph Papp Public Theatre in New York. For each production, John creates and performs all of his own puppets, which range from small hand puppets to larger-than-life figures.


I consider myself to be a puppeteer first. Where I might be type cast in traditional theater, as a biracial performer of African American/Irish descent, puppetry allows me the freedom to portray a full range of characters not bound by skin color or even gender.

As a child growing up in the late 1950s, I never knew that puppeteers who looked like me even existed. That's why I do think that it's important for me to be visible during my performances and not just a mysterious figure behind a puppet stage, hopefully breaking down stereotypes and inspiring children, especially children of color, that being a puppeteer might be possibility for them as well.