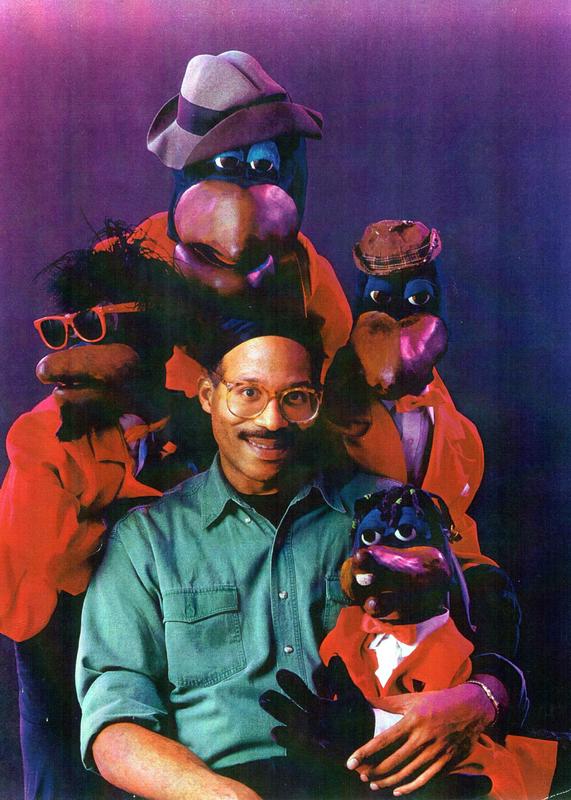 
The dreams and ideas that led to the creation of the Brewery Puppet Troupe began in the Soundview projects of the Bronx. As a child I was obsessed with the art of puppetry. My parents supported my interest and I had an opportunity to meet my hero, Bil Baird. As a teenager, other interests developed (basketball and girls). However, as a student at Pratt Institute I had an opportunity to revisit my passion for puppetry and was encouraged by my teacher, Kermit Love (Builder of Big Bird for Sesame Street) and soon created a full-scale production with the help of my fellow students. Our shows were performed around the New York area and we were soon well known.

I worked with Jim Henson and Frank Oz on various productions for several years. However, it was the creation of the Crowtations that brought us fame and better-paying gigs. We had an opportunity to work with countless people in the entertainment field that we never expected: Melvin Van Peebles, Chaka Khan, Spike Lee, Harold Nicholas, David Brenner, the Four Tops, Mr. Rogers, Ron Carter, Oscar Brown, Jr., and Ron Howard, to name a few. Our troupe is the only African American puppet company to appear on Broadway, in a major motion picture, and on network television. Several of our puppets are in the collection of the Smithsonian Institute in Washington D.C.


Our productions were always based on a concept and a desire to present African American history, jazz and folklore through the art of puppetry. The African American experience has no boundaries and neither does our creative process building and designing puppets. It's our vision that makes it unique!

How did you learn your craft?
I watched the puppetry of Bil Baird, Burr Tillstrom, Chuck McCann, Paul Winchell, Rufus Rose, Jimmy Nelson and others on television and other lesser-known puppet companies live. I read everything I could get my hands on regarding puppetry (newspapers, magazines, books, etc). At the same time, my sisters and my best friend and I would put on shows on a bi-weekly basis for our friends in the neighborhood.
Name
Brad Brewer Location
Freeport, NY Date of birth
1950 Years active in puppetry
1968 - present (50) Types of puppets performed and built
Hand puppets; rod puppets; hand-and-rod puppets; shadow puppets; giant puppets; marionettes; masks Representative productions
The Jackson Five Meet Malcolm X (1975-76); Harriet Tubman (1977); The Legendary Crowtations (1978-present); Lewis Latimer (1999); Blood on the Fields (2011) Facebook
Hakeem & Gretel
VIEW EXHIBITION OBJECTS